The Greek Islands boast some of the most spectacular beaches in the world, from pocket-sized coves to unique shipwrecks washed up on the sands – but you don’t have to island hop to sink your toes into some of the top contenders.

You can experience some of the best beaches in Greece without leaving the mainland, so grab your bucket and spade as we explore some of our favourites…

Shaped like a horseshoe, Voidokilia is a popular beach located in Messinia, in the southwestern corner of Peloponnese. Worthy of a shout out in Homer’s Odyssey, this beautiful stretch has been recognised by the Greek government for its natural beauty – quite rightly, too. If you fancy a stroll, you can head down a natural path towards the Old Navarino castle, where you’ll pass the Divari Lagoon of Gialova and soak up some stunning panoramic views from the hilltop.

The sleepy coastal village of Kalo Nero, situated off the Gulf of Kyparissia, is home to the biggest (and most impressive) beach on the mainland. This 14km-long stretch of golden sand and pebbles serves up enough towel space for everyone, and its waters are popular for those wanting to make a splash. A variety of restaurants and hotels fringe the beachfront, so there are plenty of options for lunch. The best part? During the summer months the beach welcomes hundreds of loggerhead sea turtle nests, which hatch between July and October!

Located in Pelion, Papa Nero is a beautiful sand and shingle beach sandwiched between the trendy tourist village of Agios Ioannis and Damouchari. Its large expanse of sand allows enough room for tourists to spread out, with sunloungers and bars available along various parts of the beach. A river and pedestrian bridge separates the beach from Agios Ioannis, but the village centre can be reached in 10 minutes for those who want to round-up their beach say with a meal in town.

Fun fact: The picturesque Agios Ioannis clifftop church and the neighbouring Damouchari beach are where scenes from ‘Mamma Mia!’ were filmed.

Portokali or Orange Beach is a sun-kissed paradise, located in idyllic Sithonia, Halkidiki. Once existing as one of Greece’s best-kept secrets, this beach was (and still is) a hotspot for locals – but it’s no surprise that the word eventually got out. The sandy beach is small and dominated by limestone rocks, with bright turquoise waters that are brilliant for snorkelling. However, it does get very busy during high season (July and August), so be sure to arrive early to lay your towel down. Keep your eyes peeled for hidden sculptures carved into the rocks, including a mermaid and – further out to sea – a large elephant shaped rock.

If you prefer a livelier atmosphere, Pefkohori beach is the place to be. Located in the southeast of Kassandra (known for its bustling atmosphere), Pefkohori is one of the busiest villages on the peninsula during high season, thanks to its plethora of shops, restaurants, bars and luxurious hotels. The sandy beach is ideal for lounging with a cocktail or swimming in the calm blue waters, which are also popular for snorkelling. Once evening rolls around, stroll along the waterfront promenade and settle in a charming restaurant terrace that overlooks the beach.

This unique beach on the west of Kassandra consists of a long, narrow swathe of sand that stretches far out into the sea – similar to a peninsula. The beach actually changes shape depending on the current of the sea, making it somewhat of a spectacle along this stretch of the coastline. Possidi Cape also has the nickname Poseidon’s Cape, thanks to the archaeological ruins you can find here, including Poseidon’s Temple and Possidi Lighthouse. This beach doesn’t host any tourist amenities, so be sure to pack a picnic.

This beautiful Blue Flag hangout offers something for everyone. Situated in Varkiza Resort in the Athenian Riviera, this private stretch is such a haven that you’ll feel 1,000 miles away from the hustle and bustle of the city. Splash-tastic watersports are available for the kids, while parents can relax in the VIP Sundara area, complete with sophisticated wooden loungers and soft furnishings. There are various eateries that line the beach, too, with everything from a Ben & Jerry’s corner to please the little ones (or big ones!), to fresh seafood at the Tavern Isalos and grilled specialities at Trelos Gaidaros – not to mention the Holy Spirit, the place to go for exotic drinks. Cheers. 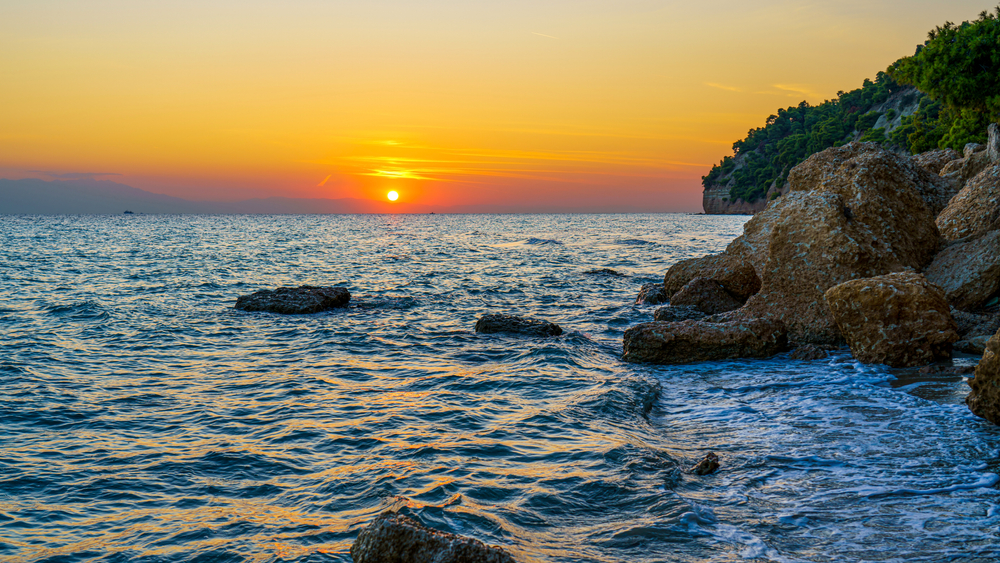 Stylish Sani: The Resort That Everybody’s Talking About 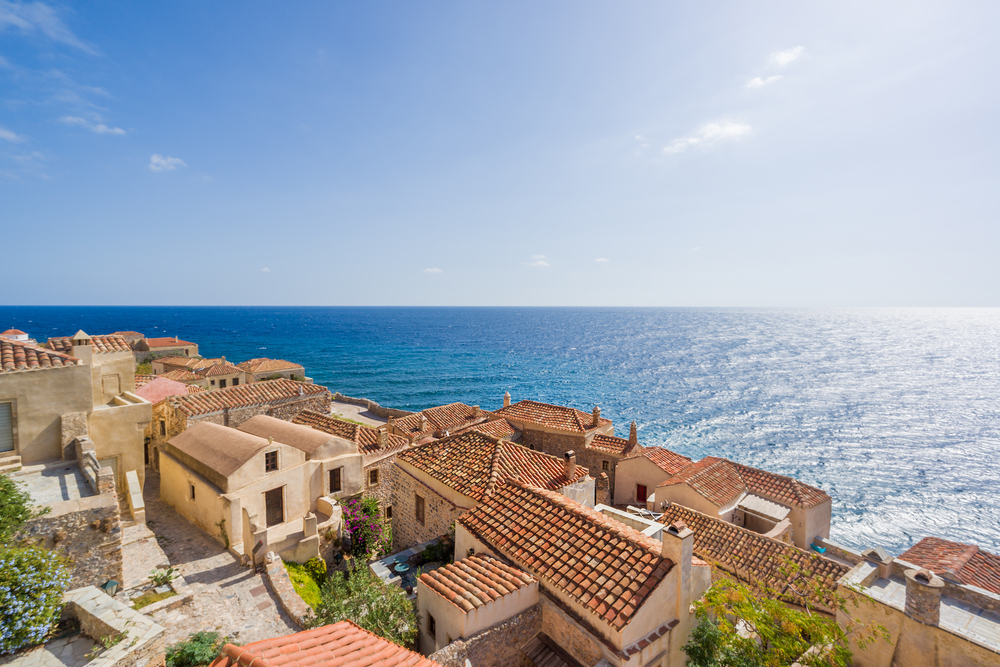 The Hidden Gems in Mainland Greece You Never Knew Existed 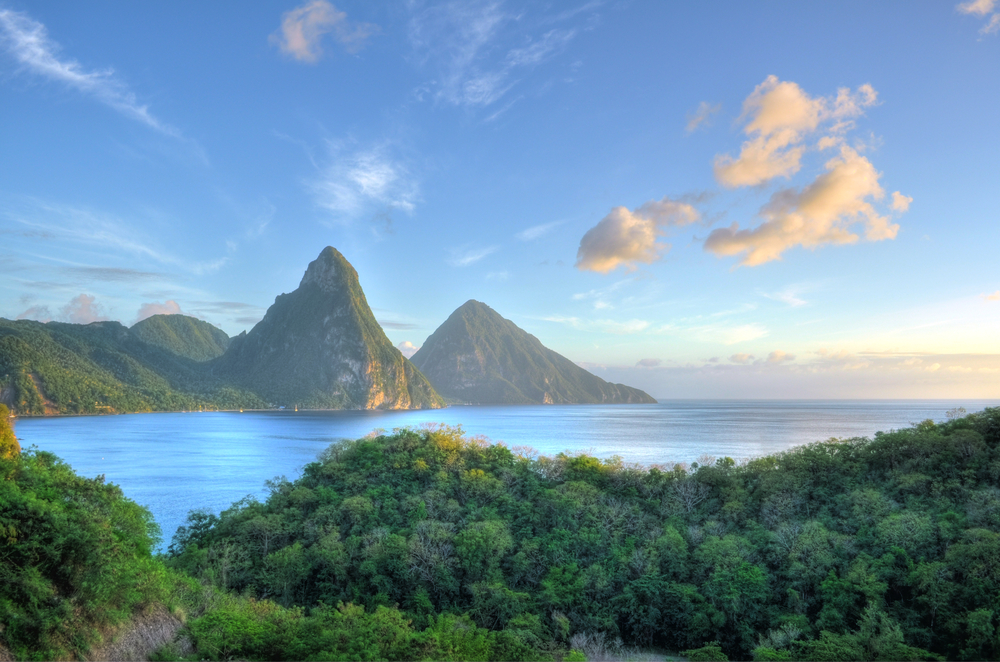 St Lucia: An Island Of Adventure

Virtual Tour: How To Have Greek Island Holidays From Home

With its whitewashed cliff-top buildings, vibrant blue-domed churches and mesmerising vistas overlooking the caldera, this charming Greek Island is in a league of its own. Santorini does spectacular in abundance,…

The second largest of the Ionian Islands, idyllic Corfu is sprinkled with beautiful beaches, ancient-old towns and sophisticated purpose-built resorts – making it the perfect choice for a holiday with…

Nestled in Messinia, located in the south-western corner of the Peloponnese peninsula, Costa Navarino is one of mainland Greece’s most breathtaking resorts. Blissfully uncrowded, this ambitious destination may be lesser-known…

Stylish Sani: The Resort That Everybody’s Talking About

If you’re looking for a luxurious resort in the heart of Halkidiki, Sani is your answer. Located on Kassandra, the region’s third and most developed peninsula, this idyllic purpose-built resort…

The Hidden Gems in Mainland Greece You Never Knew Existed

We don’t have to convince you of Greece’s unprecedented beauty. But nestled between its postcard-worthy islands and charming resorts are some of Greece’s best-kept secrets. Beguiling towns, mystical ancient sites…

St Lucia: An Island Of Adventure

This idyllic island country nestled in the eastern Caribbean Sea is a haven for those seeking an away-from-it-all escape. The largest of the Windward Islands, in the West Indies, St…